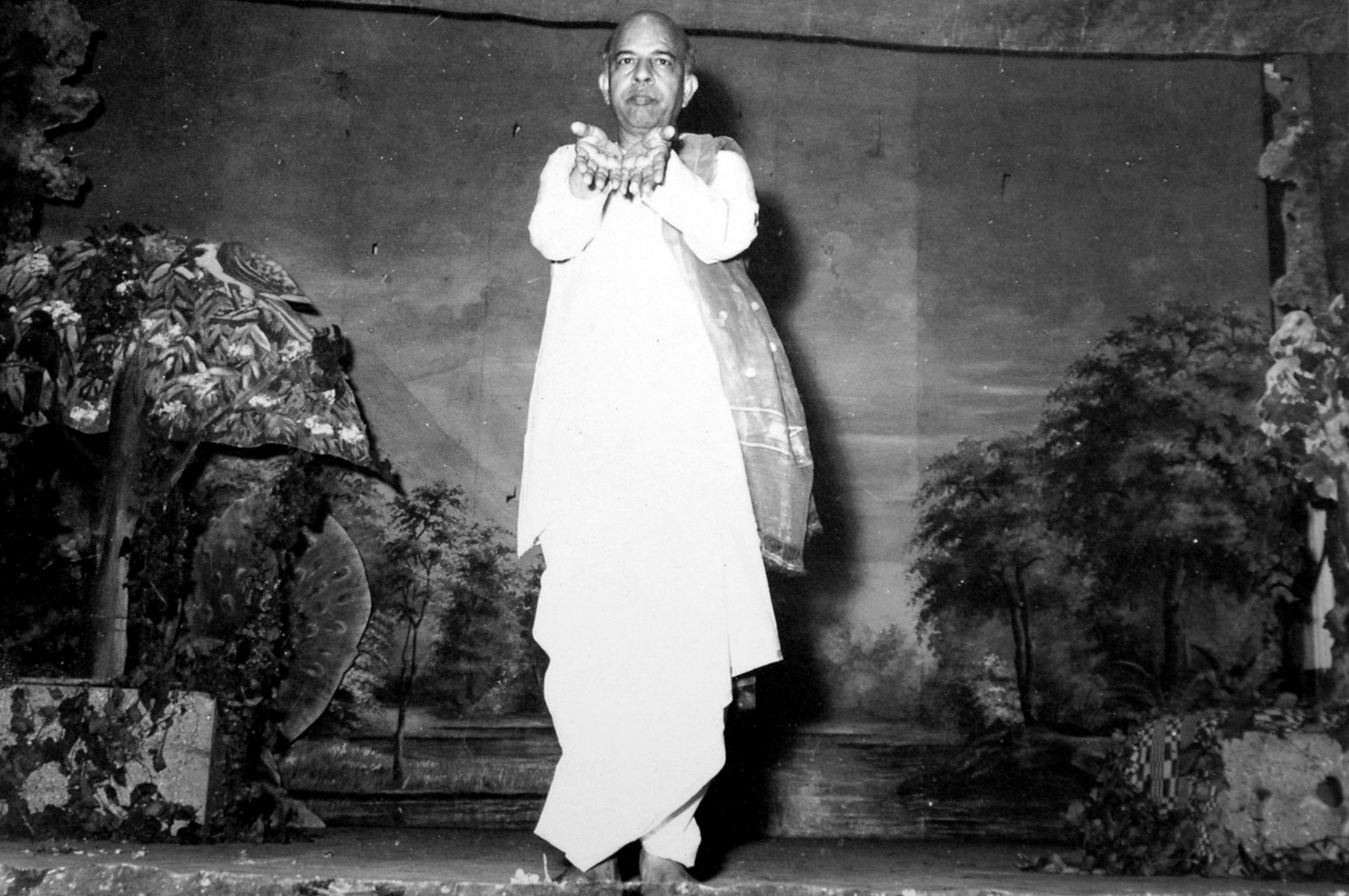 The Samskrita Ranga, Madras, is an organization founded for the promotion of Sanskrit dramatic activities. Its activities include the production of Sanskrit plays on the stage, as well as on the radio, research and publication in the field of Sanskrit Drama, and lectures and expositions relating to Sanskrit and allied theatre forms in India and SouthEast Asia. Although the Ranga as such was founded on 16th November, 1958 on the occasion of the First All India Kālidāsa Festival at Ujjain, it is really a continuation of the work that had been already going on in Madras in the presentation of Sanskrit plays.

The first production of the Ranga was the Mālāvikāgnimitra  of Kālidāsa which was performed by its Members on 26th November, 1958 at the First All India Kalidas Festival at Ujjain where the Ranga had also in subsequent years produced the two other plays of Kālidāsa. Its production of Abhijñānaśākuntalam at Ujjain was acclaimed the best for the year and it also got the Trophy for the best production at the Fourth All India Kālidāsa Festival. The Ranga had taken its Mālāvikāgnimitra to Delhi also, for the Summer Drama Festival where, before the then Vice President Dr. S. Radhakrishnan, the play was produced along with another short play called Punarunmesah, written by the President of the Ranga.

In Madras, the Mālāvikāgnimitra was repeated more than once. All the three plays of Kālidāsa which had received enthusiastic reception at Ujjain, Bhopal and Delhi had been repeated in the Annual Conference and Festivals of the Music Academy, Madras.

In fulfillment of its object, the Samskrita Ranga then under – took to bring to the stage such Sanskrit plays which had never been previously produced but had been only read as Literature. A major achievement of the Samskrita Ranga is the presentation on the stage of the Mālatī Mādhava of Bhavabhūti. With the assistance of the Central Sanskrit Board it was played in Madras at the Museum Theatre under the Presidentship of the Central Sanskrit Board, and in the Music Academy, in their new Auditorium in the presence of H.E. the then Governor of Madras.

Similarly Bhagavadajjukīya, the best of the  Sanskrit farces, was produced by the Ranga for the first time in original Sanskrit in the presence of distinguished scholars including Dr. P. Thieme of Tubingen, West Germany.The play was repeated in the Indo-French Cultural week under the auspices of the Madras University.

Another notable effort of the Samskrita Ranga was the production of the Āgamadambara of the famous poet and logician of the 10th century in Kashmir, Jayanta Bhatta. The play had not yet been published but had been recovered from manuscript by the President of the Ranga.

The Ranga had been producing shorter plays and plays on social themes. Snusā Vijaya of Sundararāja Kavi of Travancore and Svaśrū Vijaya of V.K. Subrahmanya Sastri of Kumbakonam are farces in which the daughter-in-law mother-in-law relation is portrayed. Both these were produced by the Ranga for the first time. The Vimukti, a domestic farce but with an inner philosophical meaning, was a play in two Acts written by the President which was produced on the occasion of the Fifth Annual Day with the then Chief Justice of Madras as the Chief Guest.

Another social play produced by Ranga was Palāndumandana, a satire of Harijīvana Misra of Jaipur which is also an unpublished one.

Among the shorter one-Act plays, a good number had been produced by the Ranga on the Radio. On the Stage, Ranga has Produced also Bhāsa’s Madhyamavyāyoga and Dūtaghatotkaca. On the A.I.R. the Ranga has produced at a stretch the Mālāvikāgnimitra and Act by Act almost all the leading Sanskrit dramas. Several well known themes and parts of Sanskrit Epics, Purānas, Classics and Devotional Literature dramatized by the President have also been presented over the A.I.R. e.g. the Devī-mahātmya, the Meghadūta, and the Laksmīsvayamvara.

A noteworthy achievement of the Samskrita Ranga is their bringing out of their customary local background the Kūdiyāttam of Kerala, the only surviving form of Sanskrit Drama in the traditional way. The Kūdiyāttam Troupe was brought to Madras with the assistance of the Central Sanskrit Board and performances of portions of Bhāsa’s Abhiseka Nātaka, Kulaśekhara’s Dhanañjayavijaya and Harsa’s Nagānanda were arranged for three evenings with the then Governor of Madras, Dr. C.P. Ramaswami Iyer and others presiding. The Ranga has undertaken to bring out an edition of Natānkuśa, a critique of the Kūdiyāttam which is still in manuscript.

An annotated Bibliography of Modern Stageable Sanskrit Plays has also been compiled by the President and one of the Secretaries and published by the Ranga.

The Ranga decided to bring out a periodical publication in which they could not only give a record of their activities but also publish studies on Sanskrit Drama and production, review publications in the same field, bring out other varied material bearing on Sanskrit Drama and Indian and South East Asian theatre. Papers on little known or newly discovered plays, Bibliographies of English translations of Sanskrit Plays and stageable modern Sanskrit Plays, publication of texts of new short plays, written by the President and produced by the Ranga on the Radio from time to time, detailed study of Kūdiyāttam and other forms, accounts of researches on Sanskrit Theatre-all these have been published in the Samskrita Ranga Annual, of which five numbers have so far come.

The Drama activities of the Ranga have been a potent means of imparting Sanskrit knowledge and improving the same for a large number of those who are generally interested in Sanskrit and who belong to diverse age groups and walks of life. Indeed some of the actors of the Ranga have learnt Sanskrit and Sanskrit speaking for the first time. The rehearsals of Sanskrit Plays in which each line and word have been taught and learnt in their full and true significance and had engaged the attention of the Directors and actors for reflection and possibilities of action have contributed to a deeper understanding of the texts of Sanskrit Dramas. In fact it is only through these rehearsals, during the efforts to direct and act the Dramas that even the works of Kālidāsa have come to be properly understood with all their dramatic possibilities. It is only by taking them up for actual production that one understands that the great playwrights of the Sanskrit theatre wrote their work for actual production and not for mere reading.

The resources of the Samskrita Ranga have always been extremely meagre. For all its Kālidāsa productions and few others they had received some assistance from Ujjain and Delhi; but all that they have so far been able to achieve has been due to the enthusiasm and co-operation which it has been the good fortune of the Ranga to enjoy from its own circle of Members and supporters. 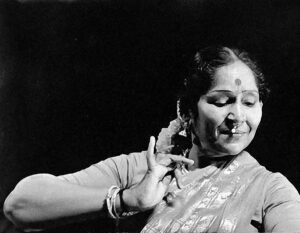 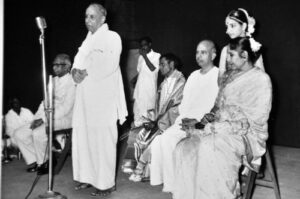 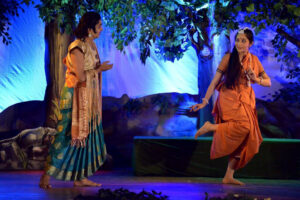